In the lawless expanse of space, enforcing law and order can be a difficult ordeal. As the galaxy reels beneath the terror of these villains, it falls to our pink-haired vigilante to take to the skies, and bring down these horrifying creatures before crime gets out of hand and someone gets hurt. So get ready, because there’s a whole gang of evildoers to capture – and the duty falls on your shoulders.

The graphics look quite nice, offering enough of a varied look to make Iron Girl stand out. This Play’n Go slot machine is played on a 5×3 playing field and players are treated to re-spins with added Wilds and multipliers included in the mix, allowing you to reach a 5x multiplier under the right circumstances. On top of this, at any given point in time, the iron armour the hero wears can fly over the reels, adding up to five random Wilds.

The game has a medium variance, which means it strikes a nice balance between fun gameplay and good pays. Iron Girl has an RTP of 96%, which is slightly above average for video slots, although Play’n Go do have looser slots, such as Energoonz and Gold Trophy with 97%.

Iron Girl slot machine has two bonuses as part of its game. The first activates the most lucrative villain symbol and holds it in place, while all the reels around it re-spin. If the winning combination gets bigger, as a result, you are awarded another re-spin. Otherwise, the feature ends early, and you get a cash payout equivalent to all your netted wins until that point. The second bonus is just as easy to miss, as it happens randomly, and creates up to five random Wilds. 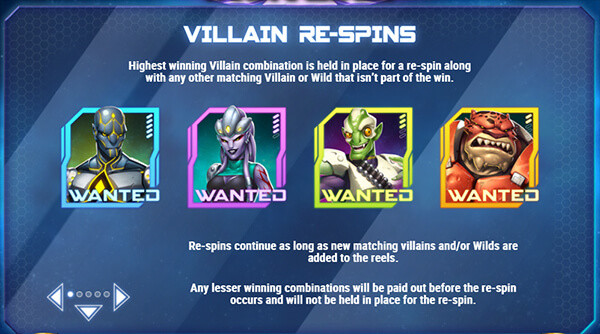 Iron Girl gives players a nice mix of fun gameplay,  a futuristic setting, and a medium volatility that helps keep it grounded and keep the few bonuses the game has relevant and fun to use. If you’re in the market for a new slot to play, we recommend giving it a try, and seeing if you enjoy yourself.